Pukehina dairy farmer John ‘JC’ Cameron is a highly respected, successful farmer in the Bay of Plenty but not, in his own words, a “technical guru” when it comes to his maize crop.

Many farmers aren’t – and that’s why having a maize seed company sales representative they can trust is all the more important.

JC and his VPMAXX® brand seed Account Manager Barry Smallridge have been friends for many years – but it’s only been four years since they started working together in a professional capacity. 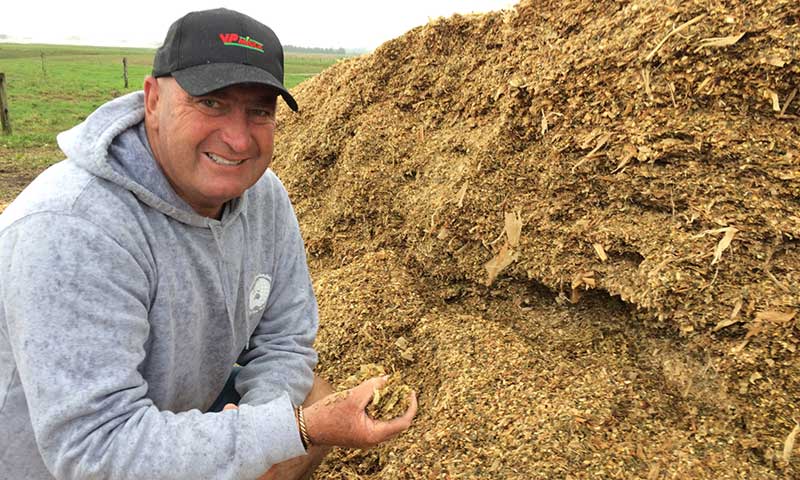 “I’ve fed maize silage on farm for several years, but in the past, we always purchased it in,” JC says.

“We’ve only grown maize on farm for the last four years, with a total of 15 ha of maize planted this season. It’s not a lot compared to some growers, but it works for us.”

“If the cows are in good condition come autumn, then the use of maize will maintain their condition and allow us the opportunity to extend lactation by as much as four weeks,” he says.

“If cow condition and farm cover is not up to expectation when drying off, the use of maize silage will often correct both issues,” JC says.

He also uses maize silage in the spring, which offers an excellent fibre option, particularly when high-protein grasses are not being fully utilised.

“The action of the maize, or “scratch factor”, against the rumen wall stimulates the cow to ruminate, resulting in improved cow health, which is reflected in production and cows cycling,” JC says. “It has become an important factor when determining how maize complements our operation.”

The farm also faces ongoing issues with kikuyu grass, which also can lengthen their winter/spring shortage.

The Bay of Plenty can be a dry area, so Barry recommended VPMAXX® hybrid VP577, which is tough and consistent for silage and grain.

So why VPMAXX? It all comes down to relationships.

“Despite being a friend, Barry was persuasive, assertive and confident in the product – all the good attributes that you respect and value in a sales representative,” JC says.

“I’m not a technical guru when it comes to maize. There’s a lot of data and science around, but there is also a lot of variations within that science.

“Agents are able to sift through that information and tell you what you need to know, specific to your farm environment and system.”

JC says that the people working on the ground, such as Account Managers, ultimately know exactly what the farmer is dealing with, and can advise accordingly.

“At the end of the day, Barry’s superior knowledge of the industry through his experience with different companies means he knows what the trial blocks are doing,” he says. “The recommendations he gives me is paramount to the success of my crop.”

Leave the technical issues to us, while you get on with the work on the ground: VPMAXX, a farmer’s valued partner.